I keep thinking about Norman Cantor’s book “In the Wake of the Plague.” And, yes, I know it is hubris to compare CORVID-19 to Y. Pestis. But I keep coming back to thoughts of how, despite our advances in science and technology, we are apparently as incompetent in dealing with plagues (in Amerika) today as we were in the “Dark Ages.” Apparently, despite our advances in democracy, our political elite today is as inept and murderous (?) as was the political elite of Europe in those days.

And from the blather repeated incessantly on the audio-visual electromagnetic receiver, so is the political elite of Europe today.

Another thing that hasn’t changed is the panic state of human beings. And while the Dark Ages lacked toilet paper and medical masks, there were still things for people to horde and fight over. Which makes us wonder how many people got killed arguing over the last packet of some herbal tincture at the alchemist’s shop?

Still I give the Plague Sty award of the day, maybe the week, to the people who coined the phrase “Flatten the Curve” while maintaining the same area – number of dead – in the flatten Gaussian. This clearly was not their intent but it was their effect.

Since one can only spend a certain amount of brain cycles contemplating the nature of the plague and its political flagellants, I find it necessary to cogitate on other things to redirect my attention from the insanity of this affair and herein give notice that I am embarking on a voyage of unusual discovery.

Well, on Tuesday, the Bubbas (and Real People) of Alabam went to the polls – in small fraction – and voted – the first stage leading to a national election.

In Greater Metropolitan Arab, we have one polling place, located in the busiest part of town so that all the roads leading to it are reduced to parking lots. I mention this as an introduction to the mental faculties of Alibam office holders.

Result One: The ballot was instructive that the Democruds are running the current senator who has a record of doing more good for the citizens of Alibam than all the other Alibam senators have in the last twenty years. The Repulsians had eight or nine (I lost count) candidates and the voting came down to a run-off. It is indicative of the nature of the majority of the citizenry of Alibam that the run-off will be between a Pornography Purveyor and a Bigotry Bohmer.

This result definitely upheld Alibam’s reputation as one of the most Third World states on the planet.

I’m not at all sure – in fact, basically clueless – how this change would help. Frankly, between the Politicals who pine for the good ole days of chattel slavery and the Bubbas who are deathly afraid of anyone who can think or be rational, it is pretty evident that the majority of Alibamians don’t want any Nerds or Geeks in the state, especially not related to them, which would be a terminal embarrassment for the Bubbas and probably political suicide for the Politicals. There are, of course, a few NERD Alibamians who have to endure the taunts of the Bubbas and Politicals about why they don’t leave the state, completely missing the concept of allegiance, prove the Chicken Man’s argument that “good student are successful in spite of bad teachers.”

And when it comes to Nerdery, Alibam has lots of well meaning, industrious, but woefully NERD ignorant teachers. For example, the average Alibam high schule maths teacher got no further than introductory algebra in college. In fact, that’s the most advanced maths course taught in most of Alibam’s teacher colleges.

Anyway, the point is that the amendment failed to pass by a large margin, probably because the average Alibamian is deathly afraid of anyone who can actually do maths. In fact, they have been known to drape themselves in sheets and burn anyone with these capabilities at the stake.

Which reminds me of my Great Uncle George telling me one time that sometimes you just have to burn down the house and start over.

One of the most (and few) amusing things about Alibam Pols is that the best reason for strengthening immigration policies and enforcement is climate change.

What makes this amusing? That the folks who holler the loudest are the Repulsian Deniers.

And, yes, I know that latter is redundant. In fact, everyone admitted to the Repulsian party of Alibam has to swear an oath that they will be a denier forever.

Even after climate change kills them.

Like when ALDOT is unable to maintain roads because of Repulsian denial and Repulsians get swallowed up in the collapse. Which makes it a mixed blessing, doesn’t it?

Of course, these fellows – the Repulsians, not per se ALDOT – are not noted for their intelligence. Here they keep demanding a physical wall around the Yankee republic, an idea made old and pathetic by Barry Goldwater, when they could very well deploy X-Ray Lasers in stationary orbit (to explode the border crossers and thus eliminate any need to feed, house, or bury them and enrich the soil in the process) or atomizers spewing Corona virus.

At much lower cost and much higher effectiveness. 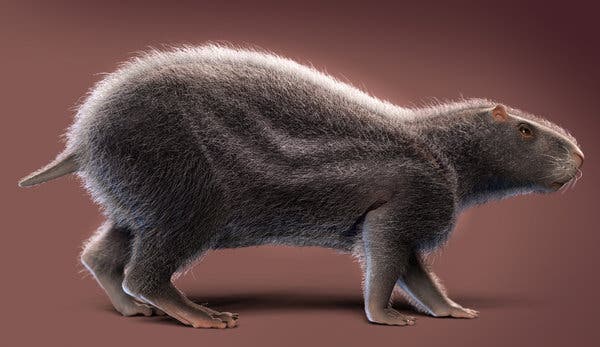 Skull so thick no room for brain – Alabama Republican Politician

Definitely resembles at least one of our senators and all of our representatives, to say nothing of legislators.

This is what happens when you let a politician design and build an app.

On the bright side, at least his incompetence was found out before he could write real code.

I’m back! Took me a while to get over the terrors of the End-of-Year Holidays. But the opening of the 2020 election season in Alibam raised my spirits and bruised my ribs.

maskirovka  is a Russian word that (simply) means deception. As such it is inherently a form of prevarication. What the Bubbas call “lyin.” And while the Russians use it primarily in a military context, in the Yankee Republic it fits best with our beloved (?????) politicians.

In fact, it’s a skill that Alibam politicians excel at.

Example 1: The Alibam Republican Irishman who is running for the senate claims that “he won’t allow the Left to remove “our” President.” This one gets the blatant appeal to STUPIDITY award since the impeachment will be over long before the election, much less his being seated in the Senate – if he gets enough Bubbas to vote for him.

Example 2: The award for the best maskirovka  goes to the former Attorney General – who is also running for the same Senate seat. He has a masterful prevarication denigrating the Democruds while studiously avoiding any mention that he has never done anything in his career to improve the lives of Alibam citizens – except for the few millionaires who have contributed to his election coffers. If anything, the best thing the current President ever did for Alibam was to remove this Schmuck from his senate seat.

Example 3: The award for the most hilarious maskirovka goes to the television commercial (and its backers) who are practicing character assassination on Alibam’s Democrud Senator for actually having integrity and treating the impeachment trial honestly. Evidently, the Alibam Repulsian Apparat has the morals of a psychopath with AIDS. I could also mention that this Senator has done more for the citizens of Alibam in his one (partial) term than either of the last two Repulsians Senators have done in their entire careers.

Of course, that isn’t hard since both of them only took care of their millionaire contributors.

After observing a few moments of the impeachment proceedings this morning, I am convinced that all the parties involved, both parties, are guilty of terminal stupidity and theft.

The kindest thing we can do is to euthanize the lot.